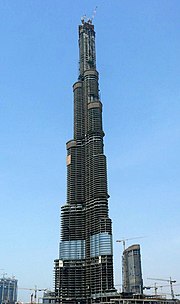 Structural engineers are most commonly involved in the design of buildings and large nonbuilding structures[2] but they can also be involved in the design of machinery, medical equipment, vehicles or any item where structural integrity affects the item’s function or safety. Structural engineers must ensure their designs satisfy given design criteria, predicated on safety (e.g. structures must not collapse without due warning) or serviceability and performance (e.g. building sway must not cause discomfort to the occupants).

Structural engineering dates back to at least 2700 BC when the step pyramid for Pharaoh Djoser was built by Imhotep, the first engineer in history known by name. Pyramids were the most common major structures built by ancient civilizations because the structural form of a pyramid is inherently stable and can be almost infinitely scaled (as opposed to most other structural forms, which cannot be linearly increased in size in proportion to increased loads).[6]

Throughout ancient and medieval history most architectural design and construction was carried out by artisans, such as stone masons and carpenters, rising to the role of master builder. No theory of structures existed, and understanding of how structures stood up was extremely limited, and based almost entirely on empirical evidence of ‘what had worked before’. Knowledge was retained by guilds and seldom supplanted by advances. Structures were repetitive, and increases in scale were incremental.[6]